This is a story about repeating patterns... 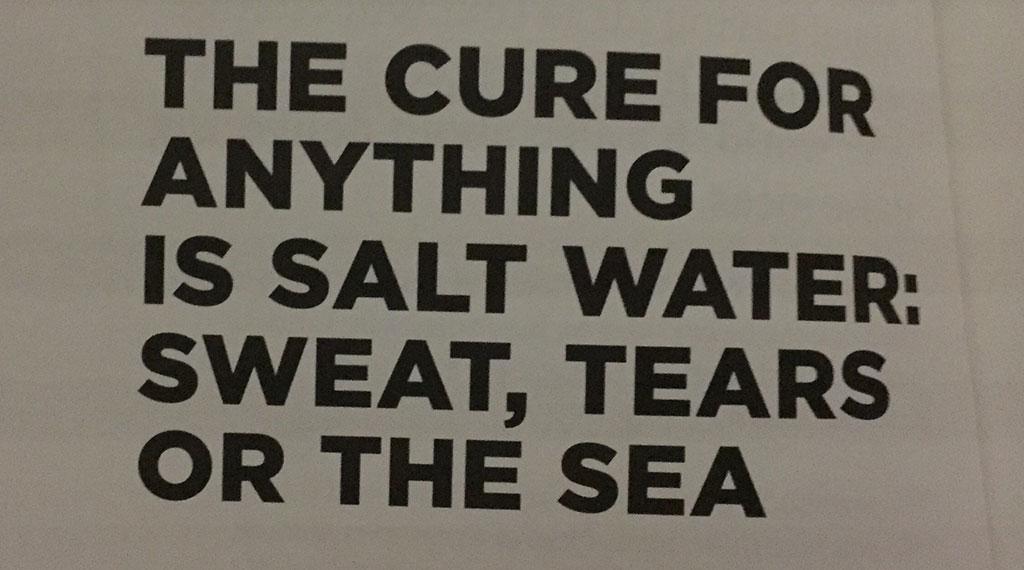 What am I doing? It feels like I'm making the same mistakes I've made a bunch of times before. It feels like I'm re-living 2015, and I didn't like how things went that year, so I'm desperate to avoid making those mistakes, but I feel like my mood disorder has got me stuck in an inescapable pattern.

Strictly speaking, I have two mood disorders: bipolar and seasonal affective disorder (SAD). The latter disorder means that I'm unable to escape a downturn in my mood as summer turns into winter, unless I head to warmer climate. The former disorder means that I'm prone to episodes of mania, which I always like to believe I'm in control of, because I enjoy the mania and find it immensely useful for creativity and productivity.

Looking back to 2015, at the time I felt like I was enjoying playing a pivotal role in the number one project for the biggest bank in Europe. In retrospect, I was very unwell indeed. My behaviour was quite erratic and unpredictable and it's kind of hard to pinpoint exactly why I feel like I was doing good work, now that I think about it. For sure, I helped bang some heads together and get things moving to meet some key deadlines, but I was definitely suffering very badly with a severe episode of mental illness, and I hadn't been working on the project for very long so I expect my contribution was negligible. This is what gives me a great deal of fear that I'm repeating the same mistakes: that history is repeating itself.

In 2015 I was working a lot of overtime. I was working most weekends. I was working extremely hard - long hours - and I had the additional pressure of moving house, given that I was homeless and living in a hostel. Also, it hadn't been very long since I had been in a dreadful state, with my brain chemistry completely messed up. I had terrible insomnia. I was a big mess.

Today, I have a house and a cat. My home life is comparatively settled, although I've had some relationship problems lately which have been very destabilising. My working routine is not too taxing - I have a short commute to the office, and the hours I work are strictly Monday to Friday. If I leave the office at 5:30pm, that's a long day for me. In 2015 I was routinely staying in the office past 9pm, and often to 11pm, and then staying up all night writing emails, which was not at all healthy or conducive to good mental health.

In some ways I feel that I'm in much better health than I was in 2015, and I stand a much better chance of getting through an incredibly stressful period at work without losing my mind. However, late on Friday I lost my cool at the office, and the emotions that have been bottled up started to come out, which wasn't very professional. I started to speak my mind way more than I should have done, and I started to send off messages with a scattergun approach. I stopped approaching problems in a calm and methodical manner, and instead I acted with desperation and superstition. I was afraid that all my hard work was in ruins. Strangely, I thought I was dreaming; or rather having a nightmare.

I suppose my sleep quality is compromised at the moment. Several nights a week I don't sleep well because there's a technical problem I can't stop thinking about. My dreams are all about my work. In fact, my dreams are nightmares, where I attempt again and again to resolve the problems I left at the office. As soon as I wake up, I rush to the office to pick up where I left off.

Yesterday, I left a rambling garbled and emotional voicemail for a colleague, begging them to let me do something over the weekend. I spent time trying to find colleagues who would help me with a piece of work, and ended up getting somebody to do something for me at 11pm. It's too much. It's too intense. It's too crazy.

I have no idea if I'm eternally doomed to suffer from delusions of grandeur, and to repeatedly burn out, only to look back and realise that my negligible contribution was laughable; pathetic. I have no idea if my perceptions are warped and I'm unable to grasp just how bad an episode of mental illness I'm suffering from. It's hell being so functional, and having so much feedback which seems to corroborate all the apparent evidence that I'm being incredibly productive and useful, but yet I also have a whole load of evidence that the end result always seems to be the same: burnout, crash, disaster, destitution, destruction. Am I a fool for hoping that this time is the time when everything finally works out for me, and I get the glory I crave?

Looking back to 2008 and 2011, I was able to make it to the finishing line with a gigantic project for JPMorgan and a TechStars program technology startup accelerator. I was able to deliver, but at huge personal cost. Both times I ended up in a terrible state. I was too fixated on the specific delivery date, and I didn't think about what would come afterwards. I didn't handle the anticlimax well at all. The episodes of depression that followed the frantic manic energy which allowed me to deliver on time, were so destructive that all my hard work was destroyed... or was it? JPMorgan was able to process quadrillions of dollars of credit default swaps, using the software I designed and built. My tech startup was able to continue trading profitably and getting new customers, even though I was too sick to work. The cost was to me personally. I was ashamed that I couldn't continue to function at the same intensity, and I assumed that everyone would hate me for getting sick. I threw away those opportunities, because I assumed that they were ruined. I assumed that everybody saw me as damaged goods; unreliable and untrustworthy.

I can't imagine I'll be able to find a good contract locally. I can't imagine how I'm going to juggle my need to find a well-paid contract, with my cat and my house rental agreement. It's a stress that I really don't want to have to deal with right now. It's stress that I really wish would go away - if only my contract could be extended for another year, that would be perfect.