My First Jobs: Defence and Banking

This is a story about guilt... 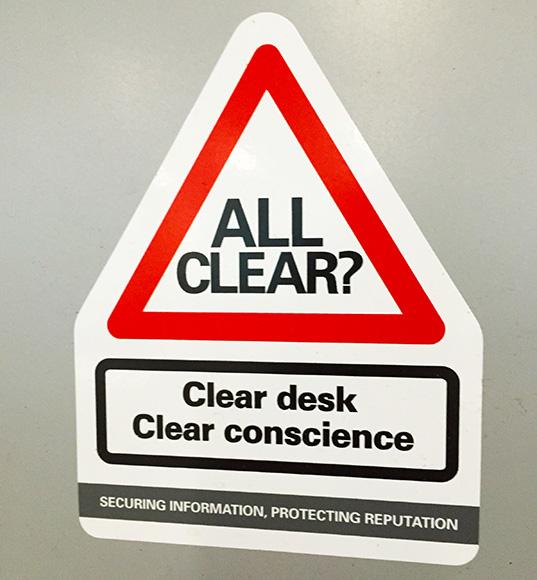 The ethical benchmark by which I try to judge myself is that of a schoolfriend who's a renowned thinker and writer, and an exceptionally clever and thoughtful person; a real inspiration. I'm occasionally reminded that he reads my blog, which is an incredible privilege, but also makes me more acutely aware of my shortcomings in the ethical department.

As the title of this essay suggests, my first job was in defence. In my defence - pun intended - I was 17 years old, and my motivation was to achieve some degree of independence such that I might later be able to choose what I wanted to do with my life. I don't feel like I ever had the opportunity to think "what do I want to do with my life?". It seems fairly commonplace amongst the sons and daughters of middle-class families, that their children find a subject that they find interesting, which they pursue academically at university. I never had any financial support from my family, to pursue any dreams, so I was forced to make pragmatic decisions. There was the opportunity to study for a degree while I was at my first job, but a job's a job... I had no passion for making weapons of mass destruction, so I wasn't motivated to study the subject academically.

I distinctly remember imagining a day when I might find out that a vessel had been sunk by Spearfish or Tigerfish torpedos, and I considered how I would feel if there was loss of life, directly attributable to my work. I suppose I should have thought about it beforehand, but I didn't - I just wanted and needed a salary; I needed to pay my rent and bills.

In all honesty, I didn't quit my job in ethical protest at the defence industry. I quit because I was getting ripped off - I was very underpaid for my skills and experience, and I resented that.

Where could I get paid the most?

I'm not proud of it, but my thought process really was as simple as asking myself: where can I get paid the most?

I suppose just about anybody would think "investment banking" when quizzed on where a person might find the highest salary. The late 1990s was not quite the loadsamoney heyday of the yuppies, which was ushered in by Margaret Thatcher, but the City was still awash with money. My motivation was pure greed and avarice, one might say. I put little or no thought into the ethics of my career decision, I freely admit.

With hindsight, usury inflicts as much misery and suffering as war.

It would take many years before I understood that.

My first job in the City of London was everything you would expect it to be: an extremely macho and male-dominated environment, with plenty of booze, drugs, strippers and escorts. Awash with cash, our lifestyles were offensively lavish. It was pure vulgarity, writ large.

I was still young, of course... only my second job, but you must also remember that I skipped university because I couldn't afford it when I was 17. But then... but then... I was wearing golden handcuffs.

I kept thinking about going to university to pursue a subject I was interested in. Psychology or psychopharmacology, perhaps. I applied and was offered a place at some very prestigious institutions. However, I couldn't face being poor again. I couldn't give up the lavish lifestyle, once I'd had a taste of it.

It was several more years before I found myself working on a project related to the confirmation and settlement of credit default swaps for the investment bank which processed 70% of all trades. Quadrillions of dollars of credit swaps flowed through systems I designed and built. I didn't really think about it too much, as I was too busy being an engineer: Once the rockets are up, who cares where they come down? That's not my department.

I was laid low with depression, which kicked in at the exact same time as the credit crunch and the global financial crisis of 2007/8. I often say I was at ground zero, because it's true.

I still don't ask myself whether what I'm doing is ethical: I'm an engineer, and I like to build stuff; it's only with hindsight that I see the ethical problems. A schoolfriend suggested I sabotage the project I'm working on, which is 'big government' stuff, but it seems benign to me... perhaps I'll see things differently, when it's too late.

I absolutely do not pass the ethics test. I feel like my defence is a flimsy version of: "if I didn't do it, somebody else would have done". I feel like I'm a Nazi saying "I was just following orders".