This is a story about value for money... 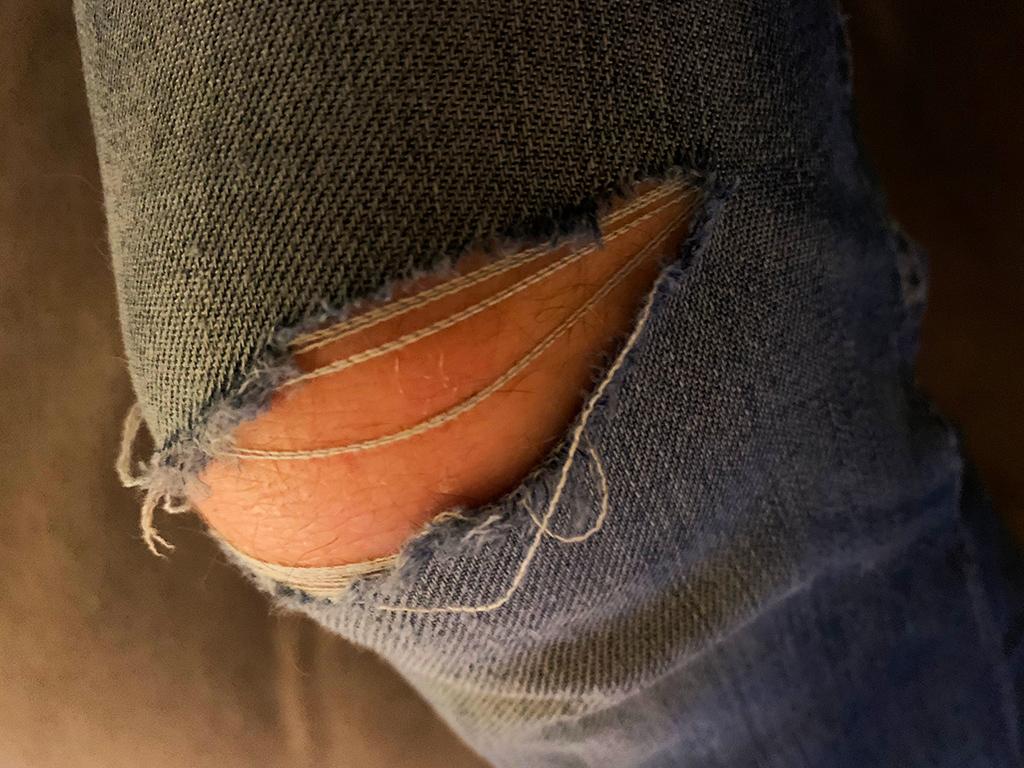 Of course, you might say, style is everything. For sure, I don't want my jeans to be too heavily faded, too baggy, too skinny... but also too plain. Having a bit of character is what makes a pair of jeans look good - fashionable - instead of being just a plain old pair of blue denim trousers.

You might think that, knowing the facts that I do, that I wouldn't be so foolish as to assume that my mid-priced jeans would last longer than a cheaper brand... but you'd be wrong.

The knee just tore on my premium brand jeans, which cost me about twice as much as I've ever spent on a pair of jeans in my life. I suppose I've owned these jeans for two years, and worn them almost every day, so in terms of value for money, we could say that they've cost me something like 18 pence per day... which sounds quite reasonable, to me.

The problem with "pre-distressed" jeans is that, although they look 'good' from the moment you put them on, they end up looking progressively more and more scruffy, until people just assume that you're so poor that you can't afford new clothes; until they cease to be fashionable and instead become part of a dishevelled look, which nobody finds particularly attractive.

Anyway, I've done something which I've never done before in my life, which is to purchase clothes without trying them on in a shop. I had a horrible retail experience on Sunday, where I had to queue in the rain to get into the shop, and then queue again to purchase the product I was buying. Also, given that my city is in a second lockdown, it seemed more civic minded to do my shopping online.

At least I don't have to be in the office anytime this year, so nobody at work will see me wandering around in jeans with a massive rip in the knee. I literally only ever own one pair of jeans which I love and wear all the time. I suppose I should buy several of certain items, when I find something I like, so that I have a like-for-like replacement when the item(s) eventually wear out. I've done that before, with a few things, and it's a good strategy for somebody like me, who has a very small wardrobe.

I'm sure you probably came here hoping to read something a little less mundane than a 500 word essay about my worn-out jeans. Sorry.