The First Cut Won't Hurt At All

This is a story about deferred gratification... 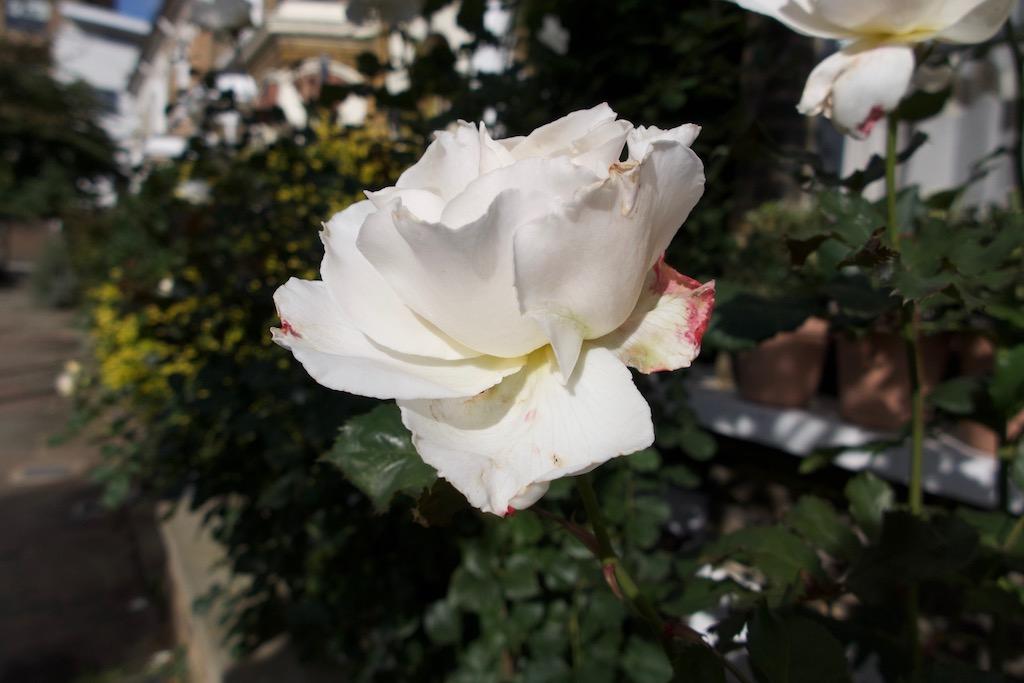 Let's do two analyses of the last year of my life. In the first analysis, we'll be harsh and attempt to form a negative opinion of everything. In the second analysis, we'll consider things in their proper context and circumstances, and arrive at a radically different conclusion.

Everybody has to work, right? Everybody should have a job, because nobody's entitled to be a burden; a lazy layabout. It's my responsibility to earn money to pay rent, bills and buy food.

A year ago I was living rent-free, not paying bills and having my meals bought and cooked by somebody else. I was not working. I was not earning money.

Everybody should look after their health, right? It's our personal responsibility to practice self-care and to ensure that we maintain our physical and mental fitness.

Everybody should make sure they take breaks; holidays, right? We all need to make sure we don't over-work ourselves and burn out. We are personally responsible for managing our own stress levels.

About 8 months ago, I finished one project and immediately started another one. I left one large organisation, where I had established myself over the course of a few months, and had to repeat the rigmarole of impressing a new boss and a new set of colleagues.

Everybody needs to work hard to maintain good relationships, right? Nobody should ever abuse drink, drugs or medications. We are all personally responsible for our bad decisions and their consequences, and as such we should never argue, break-up, or use mind-altering substances.

About 5 months ago, I relapsed back into drug addiction. My physical and mental health suffered horrendously from my self-inflicted substance abuse. I broke up with my girlfriend. I nearly lost my job.

Everybody needs to pick themselves up again and cope with the unexpected, if unfortunate events befall us. We are personally responsible for being resilient in the face of adversity.

About 3 months ago, my project finished unexpectedly early and I found myself without work again. Instead of immediately trying to get another contract, I took loads of drugs and wasted a whole month doing absolutely nothing.

Everybody needs to protect their money and their hard-won gains, right? We are all personally responsible for ensuring that we only move in a forwards direction, and never slip backwards.

Everybody needs to pay of their debts, save money and economise, right? We should be careful with our cash.

In the last month, I've written-off a top-of-the-range Apple Macbook Pro for the second time this year. I bought a brand new Macbook and iPhone XS. I drunk-booked a luxury holiday to a theme-park family hotel. I dine on my own in fine restaurants. I drink fine wine like it's water. I stay in hotels which are rated number one on TripAdvisor. I'm doing the very polar opposite of economising and saving money.

I've got daddy issues, I think.

Conventional dad wisdom would tell us that my actions are deplorable; my attitude contemptible. There are many obvious faults and flaws in my character which are apparent in my description of my crimes and misdemeanours from the past year. It's pretty obvious that I'm a massive fuck-up waste-of-space loser who deserves to be disowned, from my description of a single solitary year of my pathetic useless life. It's no wonder I don't get no respect from my daddy: my bad behaviour is plain for all to see.

I document everything with candour, so that all may judge me as I have been judged since my birth. I want you to see what my dad sees. In fact, he sees nothing, because he has sworn to never read a word I write.

I promised you a second analysis, right?

It's up to you to arrive at your own analyses from the same set of facts.

I could have spent time defending myself and telling the story in a way that portrays myself in a favourable light, more likely to receive sympathy.

I can hear voices in my head. The voices say: "fuck off and die you navel-gazing self-absorbed self-pitying manipulative maudlin faux-tragic melodramatic tear-jerking little shit".

I'm fortunate enough to have obtained the written verbatim transcript of my dad's interview with a social worker, just over a year ago. My dad says that I'm faking having a mental illness as an excuse for my bad behaviour. Then he says that I should be kept in hospital and chemically sedated. Then he says the best that can be hoped for me is that I should be confined to a bedsit at the opposite end of the country, heavily medicated. He says that he's protecting the family from me and that I'm forbidden from contacting my sister or visting the family home.

All of this - especially the part about being forbidden from visiting the family home or contacting my sister - was the first time I've seen or heard these views of his.

It strikes me that I'm posed with the same challenge I just set you, dear reader. I could view the evidence with conventional son wisdom, and judge the behaviour to be abhorrant. Or, I could invoke the generic and rather pathetic "parent" defence. "I'm sure it's just because he cares" goes the oft-repeated BS. "Parents are doing the best they know. They're not perfect" etc. etc.

My mind should be dull; blunted. However, instead it's sharp and slices through things. To say it's scalpel-like is the wrong analogy. Instead, it's like broken glass which is hard to pick up without causing an injury.

High on drugs, my dad always imagined himself intelligent; a philosopher.

Where did my predisposition to slice to the heart of the matter come from? Why do I dissect everything, exposing the absurdity of existence? Why am I afflicted with an agonising yearning for meaning in a godless universe with no afterlife?

How did I ever arrive at the notion that taking drugs and philosophising about the meaning of life is within the grasp of my intellect?

It's a mystery, for sure.