This is a story about Tourette's... 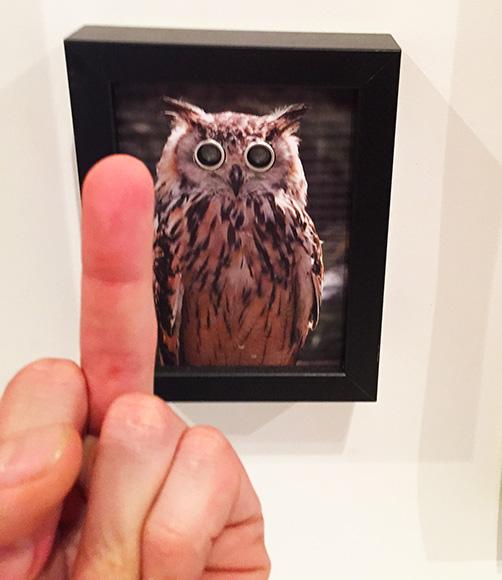 I struggle with invasive thoughts. The thoughts are so traumatic that they cause me to wince and yell. I shout out in pain and shock when the thoughts hit me. It makes me appear like I have a tic.

What is a tic anyway?

Somebody who suffers with Tourette's is able to suppress their tic for a brief period, but then they have to let it out; to scratch the itch, as it were. I'm not claiming to have Tourette's of course, but I have some of the symptoms.

I live alone - except for my cat - in a big old house with thick walls, so I can shout out when I get hit by the invasive thoughts, and I'm mostly not bothering anybody. Sometimes I go out for a walk and I can't control the thoughts, so I yell out and flinch - tic - while I'm walking down the road. If anybody sees me, they must think that I'm very strange.

I can control my tic - mostly - when I'm in a work setting. Sometimes it gets the better of me and I mutter something or flinch in the company of my colleagues. They mostly don't notice or comment, but sometimes they do, occasionally.

I don't particularly try to control my tic when I'm with my girlfriend. We're usually in a relaxed private setting anyway, so I don't have to concentrate on controlling it as much as I can. The invasive thoughts, yelling, yelping, flinching, grimacing and other things too, happen all the time. It's fairly disconcerting to anybody who's not spent time in the company of somebody with the particular neurological complaint.

I won't be seeking any medical help for the problem. It seems to be exacerbated by alcohol, or rather by withdrawal from alcohol, so the solution is to either drink all the time, or not drink at all. I need to lose some weight and get healthier, so I am choosing the latter at the moment. It's not a severe and debilitating enough problem to seek medical help.

You know when you lie awake at night and you start remembering lots of embarrassing memories? Imagine that, except that it happens from the moment you wake up until the moment you go to sleep, and the memories are so traumatic they feel like they're causing you physical pain. That's what my invasive thoughts are like.

I might have Post-Traumatic Stress Disorder (PTSD). It seems likely. Given the severity of the trauma I've experienced, and the long-lasting problems I'm having as a result of it, it seems like the most probable thing. It's well beyond "embarrassing memories".

The thoughts don't particularly bother me; they're fleeting. Of course, I'd rather that I didn't yell, grimace, flinch and otherwise react to the severe traumatic flashbacks, but the damage is done and there's nothing much I can do about it. My life is - on the whole - unaffected by the invasive thoughts, given that they are short sharp shocks and not bothering me except for those unpredictable but frequent instants.

I wonder if I've got brain damage, but the question is a bit of a non-sequitur. The brain is a plastic organ, so it's continuously adapting; I definitely don't have a traumatic brain injury or any impairment to suggest any lasting permanent physical damage which my brain hasn't been able to adapt to, and doesn't continuously continue to adapt to.

There have been plenty of incidents which are bound to have damaged my organs, but my physical health seems mostly OK. Of course my kidneys and heart are a worry, and my general fitness levels have dropped to a really bad level, but I'm working on getting fitter.