This is a story about chaotic lives... 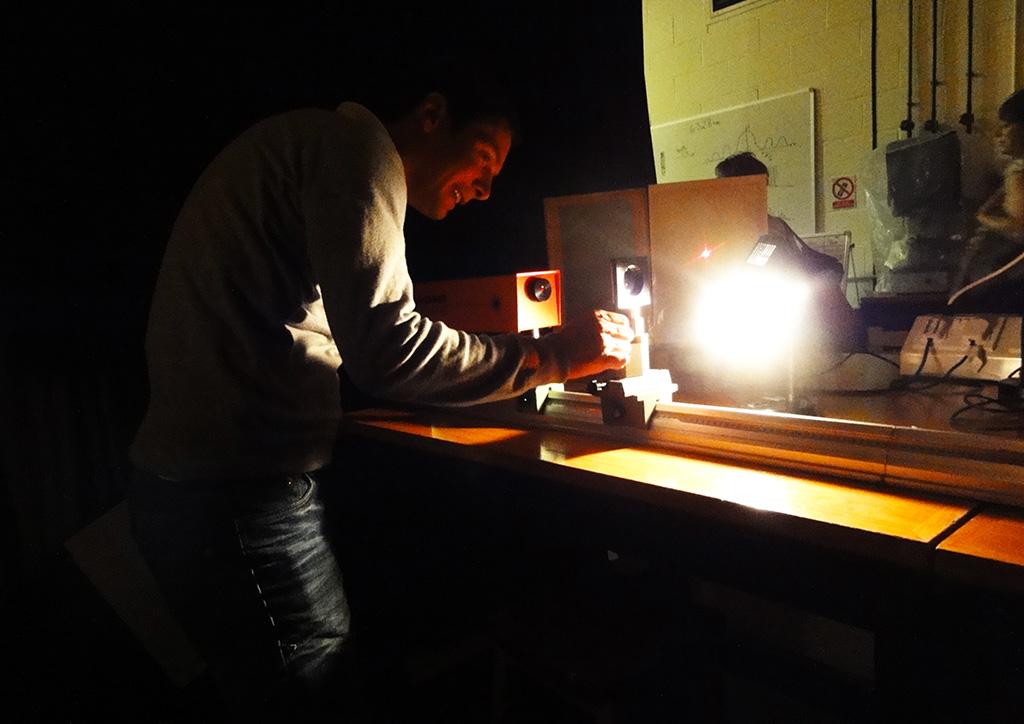 I once spent the best part of a year reading theoretical physics books and papers, voraciously devouring the literature. I was obsessed with the subject - as a keen amateur - and still am, to some extent. My enthusiasm was so great, that I corresponded at length with some theoretical physics professors from around the world, who were kind enough to indulge me.

As with so many who catch the theoretical physics bug, I was fascinated by the idea that a theory so central to all of modern science - quantum mechanics - might have different interpretations, all equally unprovable, but a lot of fun to think about. The two which are most worthwhile talking about are the many-worlds interpretation (often known simply as "MWI") and the many-minds interpretation. I shan't summarise them here. I leave it as an exercise for the reader, if you are intrigued, to find the Wikipedia pages.

The many-worlds interpretation is something we are very familiar with, from books, films and TV. The concept of parallel universes is so ubiquitous, that it doesn't merit further discussion.

The many-minds interpretation is, oddly, quite obscure... but there are experimental hints that this interpretation might be closer to the fundamental nature of reality, than the many-worlds interpretation. I won't delve into either theory, except to explain some of the challenges to conventional wisdom, which are unintuitive to us.

I will not, of course, bore you with the "duality of light" wave/particle stuff, or Schrödinger's cat etc. which have been talked about ad nauseam, such that everyone is vaguely aware of it.

I will not, or course, talk about relativity. Not useful here.

So. Here's the thing. We like to think that our observations are independent. If I see something, then it happened for any and all observers. Let's take the tree falling in the forest. We agree that if nobody observed it, it's quite possible that it didn't make a sound. Fine. Good. However, most of us would say that if just one person saw the tree fall in the forest and heard it make a sound, then it absolutely did make a sound in this observable universe, for all observers. In other words, whatever happens for one person - observably - happens for everybody, even if they didn't observe the event.

There's good evidence that each of us experiences his or her own 'version' of reality, and our observations can be different, despite us NOT living in parallel universes. It should be noted that I'm not talking about relativity. We know that when a person is travelling faster than us, or closer to a massive object, time flows at a different rate for them, such that our synchronised wrist watches would show a different time, when compared with each other at a later date - that's just relativity (special and general, respectively) and that's not what I'm talking about, even though it's pretty mind blowing. No... what I'm talking about is two different experimental observers observing different stuff - one says that the tree in the forest made a sound when it fell, and the other says it was silent. It would seem - at a quantum level at least - that this kind of observer independence is entirely supported by experimental results. Search for Wigner's friend if you want to read more on that one.

Anyway, moving on to the original point of my essay, I'm a little bit fascinated by quantum suicide. Quantum suicide says that if we were to use a binary quantum event - something with a 50/50 chance of happening - in order to commit suicide, then weirdly, we would never be killed. Because we are the observer in the experiment, in all the instances where we are killed, we are no longer around to observe the results, so - implicitly - we only remain conscious, as an observer, in the case where the event which kills us does not occur. All clear?

Further, I often think that it's quite remarkable that I've survived up until this point in my life, given the vast quantity of near-death experiences I've had, and the reckless risk taking. However, my survival is not evidence that the probability of my death was lower than I had estimated: quite the opposite. There are two distinct possibilities: firstly, I've been extremely lucky, and anybody else who copied my behaviour is almost certain to die. Secondly, I'm unaware of all the infinite ways that I've died, snuffing out my consciousness, and therefore leaving me unable to recount this tale of miraculously cheating death.

I am - to a small extent - somewhat convinced that there's truth in the many-minds interpretation of quantum mechanics, given my first-hand experiences. I may, in fact, calculate the odds that I should have survived everything that I have survived, in order to put a precise figure on exactly how improbable it is that I'm alive, thus providing some empirical evidence for the many-minds interpretation of quantum mechanics... although readers should beware of survivorship bias: if you copy my behaviour, you will most certainly die.