This is a story about school bullies... 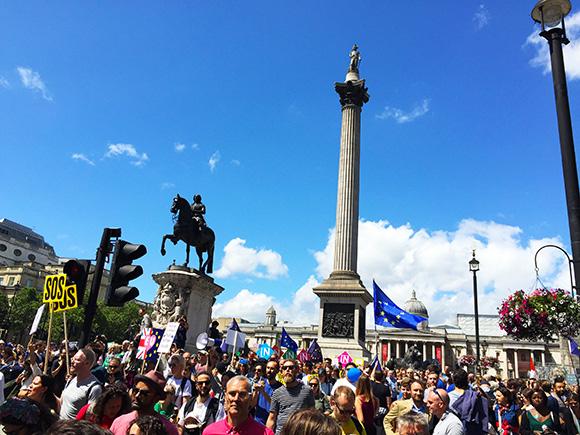 Whatever happened to the people who I went to school with? My peer group - those friends who were academic high-achievers like myself - obviously went to university and became six-figure salary earning captains of industry, venture capitalists, tech startup founders, renowned scientists and academics, and all-round paragons of success.

What about all the thickos?

Well, firstly, I don't really count the thickos as peers. They were there in the same school as me at the same time, sure, but they weren't part of my peer group. They were languishing in the lower-set classes, resentful that they were legally mandated to attend school, just waiting to leave and go to prison and/or get pregnant.

Of course, some of the thickos didn't go to prison. They are stacking the shelves in supermarkets or sweeping the streets. Those jobs are very useful to society, so I'm grateful to them for their contribution... except on social media.

Yes, social media is the problem, which is the basis of this essay.

The thickos previously had no platform on which to express their retarded opinions, except to their mates down the pub, or to their girlie mates in the baby circle. Their opinions - mercifully - didn't enter public discourse. Their opinions were not dignified with a platform for them to be shared.

In the early days of the internet, when it came in down the phone with a sound like robots screaming, it was the sole preserve of geeks; a paradise. In fact pre-dating the internet were dial-up bulletin boards, which you had to phone up and some of them only had one or two phone lines, so if somebody else was using it then the number was engaged. You might dial up a bulletin board, leave a message, then not go back for a few days to check for replies - a far cry from the current era of instant notifications from a million different apps, the moment somebody replies or 'likes' what you posted.

The technical complexity of getting online "back in the day" was sufficient to keep the thickos offline. As such, most people you might encounter were highly intelligent and highly educated. Opinions lacked the diversity we see today, given that they were mostly white men of a geeky persuasion, but there was a refreshing lack of morons. Having suffered 13 years of full-time education with a vast horde of intellectually challenged thickos, the internet was paradise.

Technologists have been trying to make tech as "frictionless" as possible, which is to say that the thickos can now press the big child-friendly buttons on their Fisher-Price toy phones and share their racist, homophobic, transphobic, regressive and retarded worldview... which unfortunately is presented on social media as equal to the refined erudite educated considered musings of highly intelligent and respectable individuals.

Another thing is happening.

Given that the paradise world of cyberspace has been lost to the moronic hordes, we have reverted to playground rules: bullies are getting a toe-hold.

Donald Trump succeeded because he speaks idiot; he says the things that idiots say. Trump and his alt-right sycophants - who also include Nigel Farage and all the Brexiteers - are all cut from the same cloth; they all have the same moronic worldview. The thing in particular that I wanted to write about is how childish playground techniques employed by thickos, are being employed in the former paradise of cyberspace.

Gone is rational and reasonable debate. Gone is any attempt to discuss the difficult areas of politcal philosophy, such as attempting to wrestle with the meaning of life. In its place, barbaric morons simply repeat verbatim, various things said by Trump, Farage and other influential figures in their orbit. "Build a wall" and "Britain first" they blurt out, without the faintest comprehension of the deeper meaning and consequences of what they're saying... unable to comprehend the crimes against humanity that they are implicitly demanding, in order to serve their unspoken demand for a white ethnostate.

What I fear most, is that liberal outrage is fuel for the 51.9% of society who are racist cunts. That shower of shits failed abysmally academically and in life - now in prison and/or living on benefits - and like the bullying children who hated the clever kids, the only way for them to exact their revenge is to attack those who are smarter than them. The Trump supporters and Brexiteers love it when the liberal metropolitan intelligentsia squeal with frustration. The alt-right will feel triumphant as society crumbles and burns. "We really stuck it to you there, nerds!" they will yell as human civilisation descends into a barbaric dark age.

For my part, I will never stop taking the bait and fighting the moronic fuckers - wherever I find them - because even though I spent 13 traumatic years of my life, legally trapped in an education system which forced me to be proximate with abusive, bullying thicko moronic cunts who made every day of my life a living hell, I succeeded and they failed.