This is a story about the saddest girl in the world... 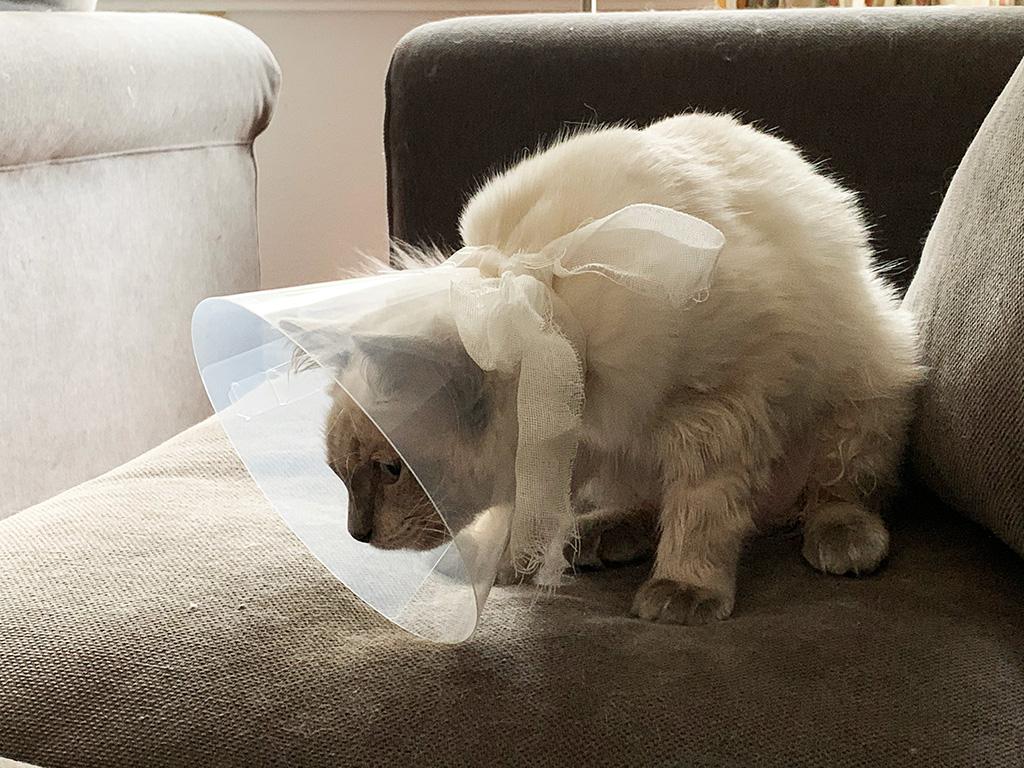 My beautiful, gentle, little baby girl, has suffered a dreadful betrayal. I can't tell you exactly what the first 12 weeks of her life were like. I know that she had to contend with a house full of small children, dogs and other cats, which can't have been easy. When I got her home, she explored the whole house very cautiously, as if expecting that the place would be stuffed full of creatures which would manhandle her; a tiny placid little kitten, picked up like a toy, or jostled by the over-excited play of bigger animals. I don't think she was abused but she certainly wasn't used to being her own self, unmolested.

I can tell you exactly what every single day of her life has been like since July 3rd, 2020, because we have been inseparable. I've hardly left the house. Wherever I've been - in bed, in the bathroom, in the kitchen, in my office, in my lounge - she's been right there, next to me. We've been two peas in a pod. We've been constant companions for each other.

Over the course of us bonding, her trust has grown. To begin with, she always quietly tolerated my desire to pick her up and stroke her. She always wanted to be nearby, but never obviously sought affection. Slowly, more and more, she will decide that she wants attention and affection, and she will stand on my chest and headbutt my head, or rub herself on me. She drapes herself across me and 'makes biscuits' - kneading me and suckling on me, in a very relaxed and kittenish way. She's clearly been very fond of her human.

Now I have betrayed her.

Her trust has been broken.

She woke up from her operation, and she was upset with the vet's assistant, because of the betrayal. My poor little baby was trembling when I picked her up.

I had to put her 'cone of shame' on when I got her home, to stop her from licking her stitches, so that the wound heals well and doesn't get infected. She's really had a very bad day, because of me and other humans, who've betrayed her trust.

I really hope she gets over it, in time, and will trust me again. It's really sad, because I think she'd been having a really nice life up until this point, and she really thought that her human was a super nice person who she could trust.