This is a story about leaving a legacy... 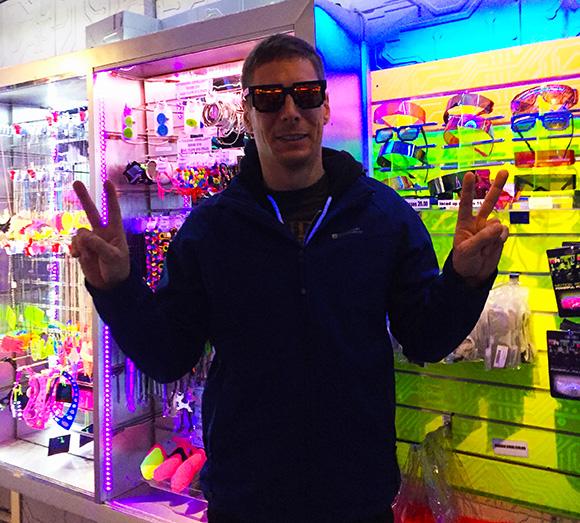 I think that "attention seeking" is a very serious - and particularly mean - charge to lay at the door of a suicidal person, but we should explore the topic. I feel like we should unpick the matter.

Suicide is not - and I must stress this - an attention seeking act. It is a death-seeking act. People commit suicide because they want or need to be dead, not to gain attention. What an idiotic thing to say, write or think, that suicidal people are attention seeking: can't get any attention when you're dead. You'll have no idea who attended your funeral... maybe nobody; you'll never know.

By extension then, it seems obvious that being suicidal is not attention-seeking either. A person must be suicidal before they commit suicide, even if only for a fraction of a second. The state of being suicidal is unavoidable on the route to suicide.

The problem comes when people are depressed and suicidal for a long time and/or make failed attempts to end their lives. Then, it's possible - for idiots - to start thinking that it's "attention seeking" behaviour, instead of the death seeking behaviour that it actually is.

"Why don't you just kill yourself then?"

If you're thinking that, you're probably a psychopath and/or a sociopath. Try having some empathy, fuckwit.

Sure, if you want to go around calling people's bluff, you might well find that they don't just kill themselves on demand, at the snap of your impatient fingers. We can be certain that if your attitude is to say "I bet you're not even going to do it" then YOU are the reason why our suicide rates are sky-high and rising; the number one cause of death in men under 50.

Okay, what about legacy? What about the right to die with a shred of dignity?

Suicide notes are super common, which indicates that it's really important to us - as humans - to die with the dignity of some final words. Suicide notes might take one last swipe at persecutors - bullies - and/or explain the final straw, or other setbacks which contributed to life becoming intolerable; unbearable; unliveable. To leave - to commit suicide - without some kind of note is very rare.

Would you deny a dying grandmother on her deathbed a few final words? No.

Of course, my "world's longest suicide note" has become far more than a few final words, but it's a constant insurance policy, in the presence of near-constant suicidal thoughts. When my life was very chaotic, I had no idea when I was going to commit suicide, and as it turns out the most recent couple of attempts have taken me by surprise as much as anybody. That might sound ludicrous to you, that I found myself somewhat unexpectedly committing suicide, but that's how it it when you're living on the edge; it just takes one little thing to tip you over.

I can see that an unkind person might see my lengthy writing project as attention seeking. Certainly, it's true that I want to leave a legacy. Sometimes, I've had nothing but this website as a creation that I can point to and say "that's mine; I made that". I've had nothing in my life that I was proud of, that spoke of my creativity and productivity, other than the words I've written and published. Why shouldn't I have something like this - my collected published works - as a legacy to leave behind?

Another thing worth talking about is attention. If I have people reading what I write, I feel better than if nobody is reading what I write. Do you think there would be any writers, actors, musicians and other creative people in the world, if nobody wanted to read, listen, watch or otherwise spectate? "Attention seeking" is a pejorative term, implying that to want to be noticed is wrong. However, if we are totally ignored, we're as good as dead. If we're totally ignored, we die and nobody cares. Well, if that's what YOU want, you go right ahead, but frankly, I'm not going to apologise for wanting people to care whether I'm alive or dead... and I don't think that's a bad thing, in the way that the "attention seeking" accusation implies.

Am I happy I have readers? Yes.

Am I faking being depressed and suicidal to get attention? No.

Am I going to kill myself on YOUR timescale to suit YOUR impatience? No.