I Let My Friend Commit Suicide

This is a story about playing god... 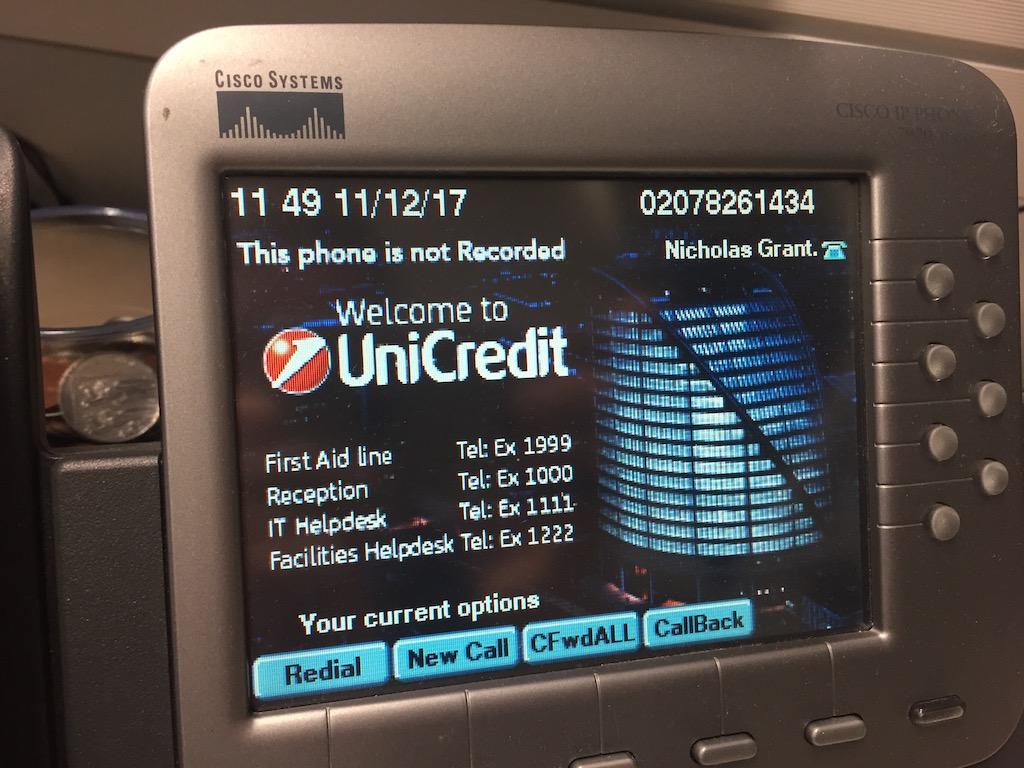 On the 10th of December 2017, a very close friend of mine got me a job at an investment bank. He knew that I was virtually bankrupt. He knew that I had very nearly managed to commit suicide. He knew that my self-esteem was at rock bottom and that I had nothing going for me: no fixed abode, no money, mountainous debts, alcoholism and large gaps on my CV which were difficult to explain.

My friend rang me up and asked if I was sober enough to create a piece of software for the bank he was working for. I said that I could be as drunk as a skunk and still make a decent software system, but that I wasn't in too bad shape - he could count on me to deliver a successful project, if he recommended me as a freelance software engineer to his boss.

If you're particularly interested in the more identity-theft worthy items of my story, I present to you above, the proof that I had proudly put on my suit and gone to work in the Square Mile - also known as the City of London - thanks to the endorsement of my friend. I had spent the day before with my friend and his boss in Warsaw, where they were based, and I was allowed to work in the London office, which is pictured.

A year later my friend phoned me and told me that he was going to commit suicide, by taking an overdose of insulin. I asked him how much insulin he possessed and in what form - vials and 'rapid delivery' pen cartridges - so I could calculate how many doses of insulin he had, and whether it was a lethal dose.

Insulin aspart units is what the layman needs to understand. One 10ml vial might contain 1,000 units. One 3ml pen cartridge might contain 300 units. The important thing is to add up all the vials and cartridges that somebody has, and then you can work out how many units of insulin aspart they have in their possession. My friend confirmed that he had many thousands of units of insulin aspart. The highest recorded survival of an insulin overdose was much lower than the amount my friend possessed, and that patient was left very badly brain damaged. In short, it was a credible suicide threat.

(FYI: people have made surprisingly frequent disclosures to me that they plan to commit suicide by overdose, but this was the first credible overdose plan I'd heard)

So, having scoured the medical literature for the LD50 - the dose that will kill 50% of people - and found that my friend could definitely commit suicide with his insulin, I then did further reading about how long it would take him to die, how long he would remain in a state where he could be saved, and how much suffering and pain he would endure.

Incidentally, he phoned me on a Monday morning while I was at work. I was in Wales and he was in Poland. I was frantically doing this research as rapidly as I could, while trying to keep my friend talking to me; stalling him from following through with his plans.

My research concluded that he would suffer a short period of panic and disorientation - including extreme hunger - before blacking out. He would quickly fall into a hypoglycaemic coma, and would suffer no pain.

Far more disturbingly, my research concluded that he could be 'saved' by rapid medical intervention - an intravenous infusion of glucose - for a substantial period of time: 2 or even 3 days would be 'survivable'. The worst possible outcome would be that he would be 'saved' after 12 to 36 hours, when he might still be in a coma, but he would have suffered terrible brain damage. The case study I had read of the patient who holds the 'record' for the highest ever insulin overdose which was survived, was left with terrible brain damage. All my research led to a single conclusion: if my friend injected all his insulin then I had to call the emergency services IMMEDIATELY or wait until he was beyond the point of 'saving'.

I'm not a doctor.

I'm not a parent.

What exactly qualifies a person to make a life/death decision?

In this instance, I knew that my friend's diabetes had ruined his circulation and his feet were becoming gangrenous, that he was becoming jaundiced and that his eyesight was failing, because of his mismanagement of his diabetes. In short, he struggled to go about his ordinary daily business, and his health was rapidly deteriorating. I'm not a doctor, but I'm not a magician either - nobody can wave a magic wand and make the chronic irreversible health damage from alcoholism and diabetes disappear. I'm not a doctor, but I know that they don't give liver transplants to alcoholics. I'm not a doctor, but I know how long somebody has to live once their liver is starting to fail and they continue to drink multiple bottles of vodka every day.

Ultimately, it wasn't my decision to make.

My friend phoned me because he knew that I would understand the situation and that I wouldn't panic and phone the emergency services. He knew that he could say goodbye to me, and I would let him die with dignity; in the manner of his own choosing.

Let's not fuck about here: sitting doing nothing, waiting for your friend to die before you ring the emergency services to go and get the body before it starts decaying, is an awful, awful, awful thing to have to do.

Can you imagine knowing that your friend is dying, and that the best thing to do is to do nothing? Every single moment of your childhood, you were told to dial the emergency services if somebody was sick or dying. There was no ambiguity about what to do when somebody's life's in danger: ring the emergency services. EMERGENCY! EMERGENCY!

If I phoned the emergency services too soon, my friend would have been 'saved' and then would no longer have had the opportunity to end his life in the manner of his own choosing. He probably would have been extremely brain damaged, and therefore unable to attempt suicide again. He would have lived out his short remaining time in a hospital bed, dying of liver failure, which is a very unpleasant way to die. Sure, the hospital would have made him as 'comfortable' as possible, but what comfort is there in being bedridden, watching your friends and relative weep and wail about your imminent inevitable demise. My friend had considered all these things.

Did I mention we discussed all this? We discussed all this at length. I went to a great deal of effort to persuade my friend of more positive alternatives. I tried my very best to convince him that it might be much better to use the short time he had left - before liver failure killed him - in order to take a trip of a lifetime, and/or see loved ones.

We have to understand that this was his decision, based on the terrible choices he faced. There were no 'good' options. He had to choose between a quick painless death or a slow painful one, with all of his family, friends and co-workers by his bedside, watching him slip away.

What my personal opinion of the 'right' choice was, is of no concern. My friend asked me to keep it a secret that he was killing himself, until he was dead, and that's what I did. I honoured his wishes. I was a loyal friend who did a very difficult thing, because I knew it's what my friend wanted.

"Oh but your friend really wanted to live" or "it was a cry for help" or "you should always phone the emergency services; you're not qualified" etc. etc. are all the very many opinions I have to defend myself against. Bullshit. Bullshit. Bullshit.

I spent 3 days, not sleeping, not able to think about anything other than the fact that my friend was dying, and then I phoned the emergency services to go and retrieve my friend's lifeless body and notify his next of kin. It was the hardest thing I've ever done in my life. It was also the right thing to do because it was the dying wish of my friend. There were no good options. I chose the least bad option.

Today is the anniversary of the phone-calls, the discussions and the decision. Today is the last time I spoke to my very dear friend. For exactly one year, I've had to live with the guilt of knowing that I kept a terrible secret, for just long enough that my friend could pass away painlessly.

It's a terrible thing, but I let my friend commit suicide, and I did nothing.