Getting Rich From Racists

This is a story about happy hedging... 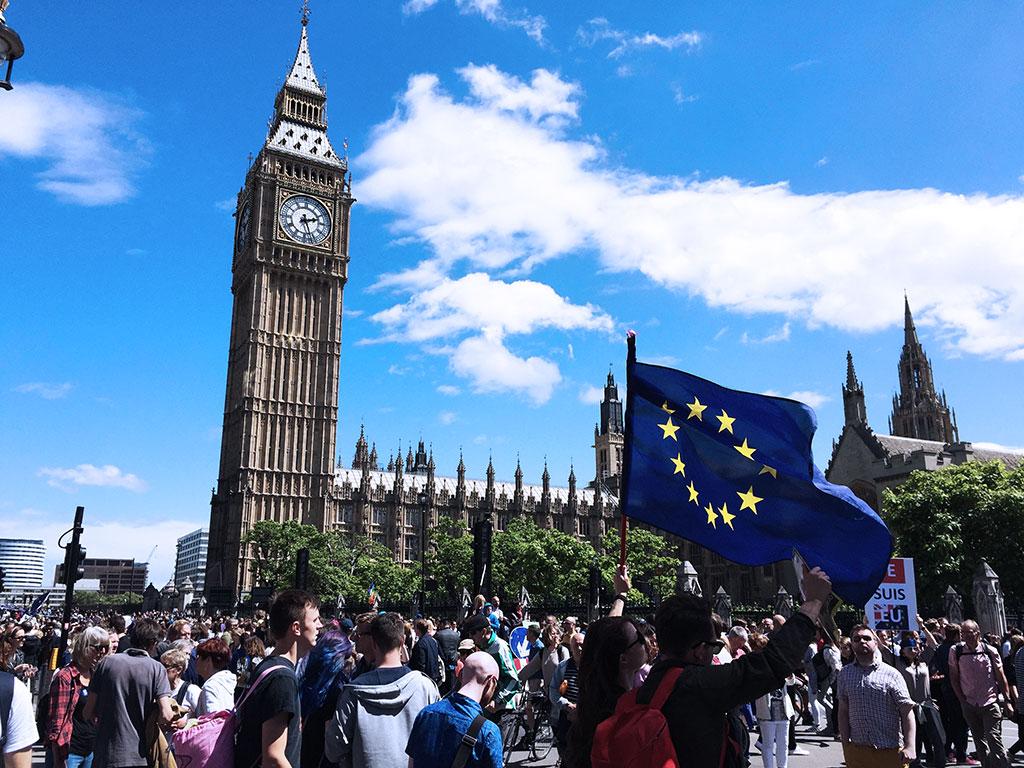 Frightening numbers of racists feel emboldened by Nigel Farage, Donald Trump, Brexit and the alt-right, such that "immigration control" has turned into outright xenophobia, Islamophobia and generally abhorrent views that any non-white should be deported. It seems OK to say openly in an office to a work colleague that you're against the idea of an asylum seeker fleeing a warzone - fleeing persecution, torture, murder - shouldn't be allowed to receive the assistance which we should offer to the unfortunate victims of conflicts which the UK illegally started.

Frightening numbers of these racists are turning out en masse to vote for political parties which don't even have manifestos - their manifestos are unwritten, because if they wrote down the values that they really stood for then they would become proscribed organisations and their leaders and members would be prosecuted for hate crimes.

Tonight, there's a chance that The Brexit Party will gain its first member of parliament. We should remind ourselves that the leader of The Brexit Party stood proudly in front of a giant billboard showing Syrian refugees fleeing for their lives, proclaiming that the UK is at "breaking point" with the amount of asylum seekers in the country. This is pure unadulterated racism. The UK has processed fewer than 30,000 asylum applications, while Germany has processed far in excess of a million. How can the UK be at "breaking point" when Germany has taken at least 40 times as many asylum seekers? Why is immigration even considered to be an issue in the UK, when we're the 5th largest economy in the world? It's pure racism: hatred of people because of their race.

I placed a bet in 2016 that the UK would vote to leave the EU. I received extremely favourable odds.

I placed a bet in 2016 the USA would vote to elect Donald Trump as their president. I received very favourable odds.

I placed a bet in 2017 that the Conservatives would get the most votes in the UK general election. I received favourable odds.

I placed a bet on May 23rd that The Brexit Party would get the most votes. I received reasonable odds.

I placed a bet today that The Brexit Party's candidate for Peterborough would be elected as MP. I received acceptable odds.

Each time I place a bet, I take the winnings from the previous bet and place those winnings onto the next bet. My winnings have substantially accumulated.

I'm getting rich from racists.

I shouldn't thank the racists for being racist, because I would much prefer it if my fellow citizens would stop being racists, but I have little ability to influence their abhorrent views. I have very little ability to stop racists from being racist, so I am vocally outspoken against racists like Nigel Farage, Donald Trump, Marine Le Pen and the whole shower of sh*ts who support them. I also bet as much money as I can afford to lose on the outcome that I least want to see: that the racists continue to thrive in this climate where the condemnation of racists and racism seems to have been replaced with outright unashamed undisguised blatant racism; where people are openly racist in every part of UK life.

I have to suffer a dreadful racist at work, but at least I'm being financially compensated.

Does it seem immoral to profit in this way?

Perhaps I will take my substantial winnings and use them to fund anything I can do to stop the rise of racism. I can spend the money going to anti-fascism protests, anti-Trump protests, and anything I can do to promote progressive, inclusive politics, which condemns racism and introduces laws to prosecute those people who would gladly see asylum seekers drown in the sea, rather than offer them safe haven. The UK is very much not at "breaking point" unless we are referring to the emboldenment of racists.

I will be bitterly disappointed to see The Brexit Party gain an MP in parliament, but I will also be significantly richer, which will not make me any less sad about the sorry state of the United Kingdom, and its vast hordes of horrible disgusting contemptible racists.

Perhaps you think I should be spending my money directly on supporting the political parties who oppose racism and have the resources to fight men like Nigel Farage and Donald Trump, but it seems like a rational economic decision to me, to enrich myself... hopefully to the point where I can afford to dedicate my time and effort to fighting against these horrible people and their horrible supporters.

Rejoice with me tomorrow, if The Brexit Party is defeated, even though I will have lost a very large sum of money. I don't care about the money. I just want the racists to stop being racist and f**k off.