How to be a Philosopher

This is a story about thinking... 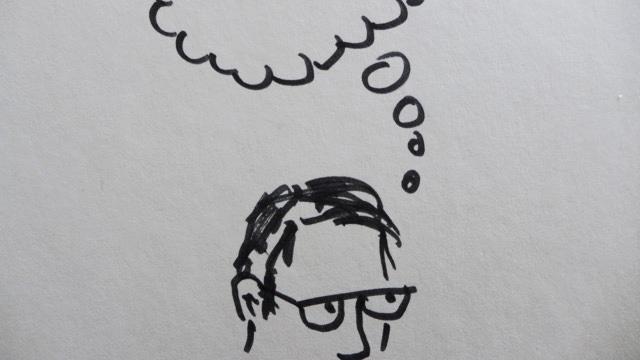 There's a bit of a monopoly on thinking. I mean, you're allowed to think and stuff, but you're not allowed to share those thoughts. Well, you can share your thoughts but nobody's going to care, because you're a nobody. People want to know the opinions of a rich spoiled heiress who's famous for having her sex tape plastered all over the internet, but not your opinions. People want to know the opinions of those whose opinions are already well publicised, and those who already have a platform and a group of devout followers. Nobody wants to hear any new thoughts, ideas or have their cherished philosophies challenged.

Thus, we arrive in the quagmire of modern day living. We are heavily weighed down by our attachment to notions of what we consider to be virtuous, conferring greater social status and conforming to acceptable social behaviour - norms, if you like.

If you wish to conduct a real-world philosophical experiment, try asking a person on a crowded bus or a train if you can sit where they're sitting. There's nothing written into law to say that you're not allowed to ask if you can sit down without a socially accepted reason, such as being old or pregnant, and I very much doubt you were taught by your parents or in school that you shouldn't ask for somebody to give up their seat for you, so where did the protocol come from? How did it become enshrined that we accept "they had it first" as validity for possession of something we desire?

One might argue that thieves are an example of an antisocial behavioural pattern that, nevertheless, allows a person to get the things that they need in life, just as any one of us might steal the milk from a cow, or the seeds from a plant - we see numerous examples of behaviour that is criminalised and stigmatised in some forms, but accepted and even revered in others. Why is it that we call welfare claimants "scroungers" and "parasites" but we don't we criticise bosses, managers, slave-owners and similarly idle people who profit from the labour of others?

I feel compelled to caveat what I'm writing, and say that there's a kind of absolute morality which decrees that any action which has a victim - rape and murder, for example - is always wrong, while theft and fraud could arguably be said to be victimless, because wealth always needs to be redistributed. In actual fact, in a godless world with no afterlife, there is no place for morality - when you're dead you're dead, so you might as well do whatever the hell you want, provided the profit to you is greater than the potential societally-imposed consequences.

The terrifying truth is that atheism and capitalism have won, ushering in an era of scientific progress, technological advancement and incredibly efficient industry, but without a guiding philosophy. Nobody seems to care that we've forgotten to ask a fundamental question: Why?

Ultimately, we may come to realise that we might as well live completely hedonistic reckless irresponsible lives, because it's immediately rewarding and death is inevitable. In a godless world with no afterlife, what possible reason is there to consider anything other than maximising our pleasure, right now? There is nothing after this - we just die.

Because it's deeply disturbing to see your family and friends dying, and to know that we are mortal too, we arrive back at the need for religion: Comforting bullshit to allow us to cope with the fact that we're soon going to die. Religion offers an answer where there is none to be found. Science needs no opinion on what existed before time itself, because the question is nonsensical. Science needs no opinion on where our consciousness goes when we die, because it seems self-evident that it doesn't go anywhere at all - you just cease to exist.

Taking the thought experiment - life without any guiding philosophy - to its ultimate conclusion, we can see that we might as well perpetrate rapes and murders and leave the surface of the planet scorched and barren, as we wring every ounce of pleasure out of the present instant. Who cares about tomorrow when we're all going to die? This seems to have a ring of truth about it, when we consider the direction the human race is travelling in. Our laws are nothing versus the power of global capitalism, celebrity, wealth worship, drugs, slavery and the general abandonment of philosophies that sought to make the world a fairer place, where human excesses were curtailed and greed was considered sinful.

There is a vacuum at the moment, left behind when we rejected religion as superstitious bullshit, which of course it is, but religion is also the glue between the pooh - religion at least gave us a kind of consensus of opinion about right and wrong, and why it's better to live life with some view to improving the world for future generations. Governments, politicians and civil servants are not the right people to become a new church. We cannot rely on power-hungry busybodies to provide us with any kind of societal structure, because rules and regulations are nothing if there's no guiding philosophy that people subscribe to. It's a bit like speeding: we all know what the speed limit is, but very rarely do we feel like it applies to us, because rules are there to be broken.

If you're looking to me for an answer to the big question - why are we here? - then I can give it to you but you're not going to like it. In fact, it rather deserves a blog post of its own, although I've hinted at my answer when I mentioned the scorched earth, created by raping and pillaging all the planet's resources, and the death of consciousness. I've written before about quantum immortality. You really don't want to hear all that stuff again - it's not very nice, even if there's a pretty decent chance it could be correct and it'd be really easy to prove.

Are you still looking for an answer to the big question? If you are then I have good news [sic]. The argument for not being hedonistic and short-termist is that one person can make a difference. Of course, one person on their own is just a blithering idiot who can rant and rave in isolation. We might see that those who live their lives as an example to others are often taken advantage of and lose out because they don't cheat, steal and otherwise conduct themselves without a shred of moral decency. What's the point in voicing an opinion in a world that doesn't care who you are or and whether you live or die? Well, there's a slim chance that your tiny contribution might become part of a bigger movement - a billion whispers become a deafening roar. In a world where no almighty church is going to impose itself on you and declare any wayward views heretical, we have both collective and individual responsibility to formulate our own life philosophies, that are hopefully capable of improving the world, rather than continuing to perpetuate patterns of behaviour that will destroy everything.

Our current thought leaders have provided nothing except the perpetuation of the status quo, the nihilistic vacuum left behind by the decline of religion, and the boom of free-market capitalism. The free market believes in nothing. Politicians believe in nothing. We can no longer survive in a world where we are led by leaders who simply tell us what we want to hear. We can no longer survive as a species when we worship those who exhibit the least capability for free-thinking, the highest preference for elitism and the concentration of the monopoly on thinking in a few powerful hands.

To call myself a writer, a thinker, an intellectual - these things are laughable, of course. However, why do you think that?