This is a story about isolation... 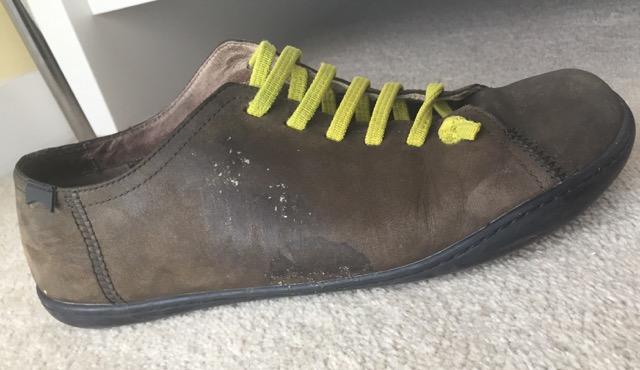 I've had 3 attempts at living in domestic bliss in my lifetime.

The first attempt, I was way too young. At just 21 years old, what the hell did I think I was doing living in a Surrey commuter town? Taking the old slam-door train into Waterloo every day and having to ride "the drain" which is the packed tube that carries you directly into the heart of the City of London. I played golf on summer evenings and at weekends. I generally acted as if I was 50, not 21. Also, I was with the poor girl out of a desperate desire not to be alone, rather than because I was attracted to her, which is never a good reason to be with somebody. Our flat was nice enough, but somehow bland; faceless; soul-destroying. Leaving central London for that life, was a huge mistake.

The second attempt, I picked the wrong girl. I was certainly attracted to her, and she was smart - a science graduate from a good university - so she ticked almost every box. However, she was mean; just plain mean. There was a vicious aggressive streak to her and she managed to rub most people she met up the wrong way. My friends called her "the poison dwarf". We bought a suburban house and tried to make it work. Getting a kitten was the only thing that was successful - we bonded over looking after our cat. Perhaps - although reckless - there's something to be said for doing what my parents did, which is to have a child even though your relationship is a load of dog shit. I ended up marrying this girl. It did not last long. You can't pair a mean aggressive person with somebody who's a sensitive needy soul like myself: I'm fragile; I'm easily hurt, if you want to hurt me; I'm a pretty easy target - I'm open and unguarded.

The third attempt happened very naturally. Perhaps it's an age thing - we were both getting to the point where, how did she put it? "It's time to shit or get off the pot". She was very committed and I loved that - it made me feel so loved and secure; wrapped up in cotton wool. I'd look for her hand, and hers would be there, ready to hold mine. If I felt like I was going to fall, she'd reassure me that she was going to catch me. The thing is, I was broken and sick - there was so little left of me to love. I was ridiculously needy, but she seemed to take that in her stride and make incredible allowances and forgivenesses for all kinds of transgressions.

How it came to pass that my latest attempt at domestic bliss fell apart, I shan't go into the detail of out of respect for her, and an agreement to leave each other in peace. However, there are a couple of things that I need to write about, just because I need to clarify them in my own mind. There's a certain amount of lunacy that led to the downfall of that relationship, and I need to unpick it a bit... to untangle the mess.

We hadn't had an argument for months. We got along so well. We were best friends and we were mostly inseparable. She had social engagements, and I didn't suffer FOMO or jealousy. We got through a family Christmas and some other stressful times, without so much as a cross word. In a way, that made me feel uneasy. We were not well practiced at resolving conflict.

As my health failed and my career faltered, all of our optimistic dreams of the future were under threat. She was supportive, but I was losing what little identity and self esteem I had; I was becoming ever more dependent on her. It emerged that I was full of bitter regret that my path through life had led me away from interesting things, smart people, daily challenges: my career had become little more than stoically watching projects get bollocksed up by total morons, in return for obscene amounts of money - a bribe, if you like, to rubberstamp the wrongdoing I had to witness. Her career reminded me of everything I had ever aspired to do with my life - to make the world a better place.

I became deeply insecure. Not insecure because she left me with any doubt that she would be committed, loyal and supportive, no matter how bad things got. No... I was insecure about my worth; my value as a person; my contribution; my career choice; my ability to deliver on my end of the bargain of the domestic bliss dream. I was on a hair trigger.

She didn't know how to debate; how to argue, as it turned out. We still live in an age where sexism is working out its kinks, and our intellectual women have been excused from having to back their assertions with evidence or logic, or refute a point with a well constructed counter-argument. Contradiction was all she knew, and I had to walk away in frustration, the first few times we argued.

Because of my loneliness; my isolation, when we argued - over something that was deeply distressing to me - I turned to social media to arbitrate. I didn't know where else to turn. When you have the evidence in front of you, but somebody is arguing that black is white and refusing to back down, what do you do? To post up the transcript of an argument on Facebook, and let the crowd decide is not a great thing to do, but I was being tormented; driven mad.

I'm not really sure what happened afterwards. I was completely isolated and completely exposed. I had laid out my position: the irrefutable evidence. Maybe I needed the strength of the crowd behind me, to follow through and end a relationship with somebody who would put their intellectual vanity ahead of my feelings - be prepared to lie and twist the truth just to 'win' [in their mind, at least]. Maybe what I really wanted was this misbehaviour to end, and for the relationship to be repaired.

We finally reached a point of communication where the unjustified contradictions, the lies and the twisting of the truth was replaced by apologies and kind words, but I'm not sure whether I was just being humoured - this was the endgame. Having gut-wrenchingly lost my best friend, my lifelong companion, the love of my life - albeit a whirlwind romance - I briefly thought that these words of contrition showed a willingness to try and fix the relationship. Alas, no... I was mistaken. She swallowed her pride privately, for my benefit, but to do so publicly was unthinkable for her.

She might not understand that I resorted to social media, because I have no sycophantic courtiers to prop up whatever ill-founded notions I want to believe - I have no "yes" men who tell me I'm right, even when they only know half the story. I've lived most of my life feeling isolated and alone. I couldn't be much more alone than now: estranged from my family for over 2 years and all my contact with my friends is through social media. When I'm not working, I have almost zero face-to-face human contact. Social media is the only place where my side of the story gets told. Social media is the only place where my friends can give me support, making me feel a little less isolated, alone, and vulnerable. It's easy to beat up a person who has nobody sticking up for them.

She's not a bully, unlike my ex-wife. She's a nice person and we were best friends. It's just that I became very fragile when I lost everything - my family, my regular social contact with friends, my job, my financial security. Her inflated ego brutally squashed what little security and happiness I had, as she foolishly boasted about being a public figure; a minor celebrity; at the centre of the universe.

There were periods of humility, and I thought we would get through the problems we'd had, but instead, she has thrown herself back into her career with some gusto, and I must satisfy myself with the sole and unintended benefit of now being at liberty to consider opportunities outside London.

I write this, largely driven by fear. Fear of being alone, but also knowing that loneliness and isolation are deadly. It's more fear of death - through suicide, obviously - that's caused me to write this today. I feel alone and I'm mourning the loss of that all-to-brief period where I felt I'd met my lifelong companion. It's taking longer to come to terms with and comprehend how it all fell apart so quickly, than one might intuitively believe would be necessary: to grieve for the loss and move on. Isolation breeds isolation, and I've had almost nobody to talk to about the breakup; nobody supporting me; nobody on my side.

Having learned from my mistakes of the past, I don't want to be with somebody, just because I'm afraid of being alone, but I had to write this today, because my last relationship was as close to perfect as I've ever imagined it possible to achieve... but yet it still ended, and it ended badly. I guess the lesson I learned is that there are really great girls out there, but there's going to be irreconcilable conflict where their delusions of grandeur unfortunately collide with a collapse in my own self-esteem.

Feeling as alone and isolated as I do - connected to the world almost exclusively through social media - makes it frighteningly easy to seriously consider suicide as an option. I think about a handful of people who regularly ask how I am, on Twitter and Facebook, and a friend who has helped me immensely with a number of practical matters: these are the fragile little hooks on which I hang, suspended over the precipice. Many suicides will be a result of a failed relationship, but the effect of my latest breakup was counter-intuitive: now I feel safe to discuss the complete collapse in my self-esteem, without somehow laying blame at the feet of my ex. I don't want people to feel responsible. I wouldn't kill myself to spite a person. I don't even want to die angry with the world.

My ex's productive output is out there in public and it causes me great pangs of pain, as it reminds me what I loved about her, but also I am able to see that I was damaging her career... an unwelcome distraction at a time when big opportunities were presenting themselves for her to demonstrate her very best work. "If you love them, let them go" is an oft-quoted platitude, and I wish I were able to claim in all honesty that I was acting so selflessly. In truth, it's more like "I can see that she's better off without me".

This is the seed of the suicidal: "the world is better off without me".