This is a story about the never-ending story... 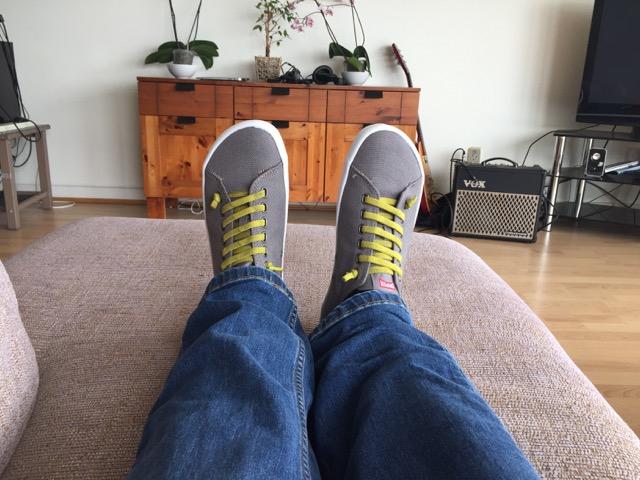 When I lost my house in my divorce, I did a smash and grab, boxing up things that I thought would have good resale value. I had money, even though my ex-wife had tried to bankrupt me, because I sank every penny I could borrow into Bitcoin at just the right time. I had a friend's guest bedroom. I had my health. I had hope; optimism.

I hadn't 'lost everything' by any stretch of the imagination. Losing your home is unbelievably traumatic. Moving house is one of the most stressful things you could ever do. However, I was now living with two old friends and their three lodgers. What I lost materially, I also gained by getting out of a relationship where I was either being abused or in fear of being abused (yes: having to keep yourself behind a door, when somebody is punching and kicking it and screaming abuse at you is "abuse") and I gained some new friends and regular contact with some old ones.

That old life sat in boxes in storage for a couple of years, and I didn't miss any of it. I lived with my friends, then a miserable shared house that drove me to attempt suicide, then a bed & breakfast (Camden's alternative to a psychiatric hospital), then hostels, then the park, then a crisis house, then Hampstead Heath, then hostels again, then a kind man's spare room (who was horribly abused by his wife) and then the flat where I live now.

I've learned from my mistake, and I'll be storing the very minimum I can get away with. A lot of stuff is going to be thrown away. I know it sounds wasteful, but I've tried for over two weeks to sell some things for a price that makes it more like I'm being a charity than trying to get some money. Certainly, my time has been wasted more than you could possibly imagine, for an incredibly futile amount of money. I could make more money begging.

I now don't have enough money to pay for cheap accommodation long enough to get a job, start it, and get paid. There's also the Catch 22: in London, I can earn enough to dig myself out of the hole, but I can't afford the high cost of living. In some other town or city, I can earn enough to sustain my current shitty situation, but I'll never escape. Somebody's going to lose money they're owed (e.g. my landlord) and I'm going to pay reputational cost: credit rating wrecked, county court judgements... maybe even bankruptcy.

I could feel some relief to be off the treadmill, and be able to live "poor & happy" but poor is one thing, and having a black mark against your name is quite another. You can't even rent a place in this country without a credit check.

I'm not sleeping in a shop doorway that smells of piss, and having to beg enough money for food each day, but I've got a near impossible decision to make: is hope more important, or is it more important to have less pressure to keep a good credit score and avoid black marks against my name, They're both equally shit to be honest. As soon as I start defaulting on debts, the courts will fuck me over, and all hope of a simple life will simply evaporate - I'll be working shit jobs AND paying a disproportionate amount of my salary to leeches.

I've got a new pair of shoes, and they make me happy. My flip-flops, which were my summer footwear - very much part of my identity - I can't walk in because my left foot is numb. I tried cycling the other day, and it's really hard to bunnyhop with a numb foot. But, my summery shoes have been my lottery win, in the face of unrelenting worry.

How ironic, that the last time my life collapsed, I was trying to get away from somebody who was ruining my life, and this time, the collapse has almost been guaranteed by the fact that I left somebody who was improving my life, giving me hope, supporting me and underwriting some of my risks. I'll probably never meet somebody like that ever again, and that's the hardest thing... knowing that a moment of mental illness has cost me more than it ever has done in the past, and I've lost at least 3 well paid jobs because I went hypomanic.

I can't cope. I can't cope in the slightest. I can't even begin to face the first step down a road I've walked before. I've been cutting my arm again, but going slightly deeper and with a sharper knife; figuring out how hard I have to press to open my veins lengthways. I think about those 8 grams of tramadol - all you need for an overdose - and how easy and painless it would be. I think about the relief of it all being over.

The usual admonishment is about how selfish it is to leave so many problems for the living; that no matter how tidily you leave your affairs, somebody still has the awful task of going through the detritus of your life. What can I say? Sorry? It's not like anybody ever thought to themselves "oh, better not kill myself because it's a bit selfish".

Don't ring the police or panic or anything. If it's done and there's a body, you'll know and you'll be warned, so that unfortunately, some front-line worker will have to deal with it. At the moment, I'm just trying some food and some sleep, in the hope that this feeling will pass, because it's never been this strong and it terrifies me, to know I'm so close to the limit, but the need for some peace and relief from the stress and the misery and depression is totally overwhelming me.

"What about the government?" - yawn. Go watch "I, Daniel Blake" and then you'll understand what the Tories have done to the welfare state. Ken Loach didn't even use true stories he could have done, because he wanted to represent an average experience, rather than an extreme and sensationalistic one.

I'm going to try and sleep on it, but just getting through this evening seems like too much to cope with.