An Essay in Support of Childish Writing

This is a story about orotund pontification... 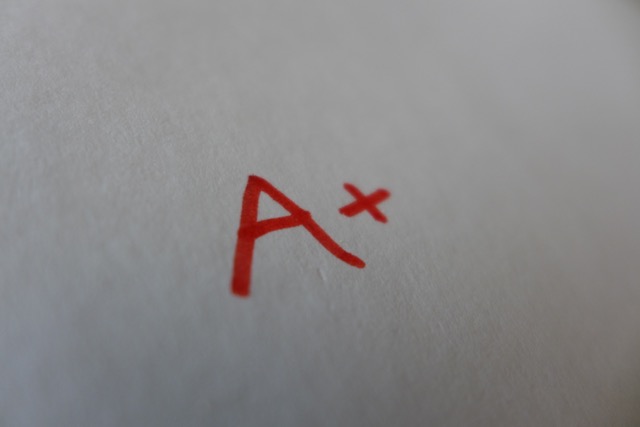 Please excuse my magniloquence, but I'm attempting to brow-beat you into submitting to my intellectual superiority. My ostentatious language is not intended to communicate, but to intimidate. The purpose of my education was not the pursuit of knowledge, but the ratification of my pre-eminence. The plebeians' obmutescence and the academic elites' hegemony is the natural order of things. The lower orders should be seen and not heard.

Our rulers and their mandarins are publicly schooled - Charterhouse, Eton, Harrow, Rugby, Shrewsbury, Westminster and Winchester - before studying PPE at Oxford. Inherited wealth, the nepotism of political dynasties and the inside track - knowing how the corridors of power function - means that we are governed by the elite of the elite, not by our peers.

Education and publishing are dominated by sycophantic courtiers - the landed gentry - reflecting our aristocracy's vested interest in culture and society being fixed and unchanging. Dead languages and classical chamber music are fetishised.

In order to prevent the working class from getting ahead many professions have overtly defended themselves through the use of Latin instead of English. Studying the classics will set you in good stead for medicine and law, although the majority of your patients or clients will not speak Ancient Greek.

Like a virulent disease, the self-interest of those in power, causes every aspect of our society to be shaped to reflect the values of the ruling class. The 'correct' answers in an examination are the ones that parrot conventional wisdom, maintaining the status quo. The 'correct' use of language is the most formal, not the colloquial.

Little by little, the self confidence to freely express your thoughts and feelings, is eroded by a hierarchy that wishes to clip your wings. It's a free country, provided you've attained the prerequisite level of education and write only in a manner which pleases your superiors.

As a little game, sometimes I posh it up a bit. Sometimes I talk like a public schoolboy and do you know what happens? Genuine posh people ask "where did you go to school?" as if I was one of them.

"Your evidence is anecdotal" I hear you say.

What about the Castilian lisp?

Wherever we turn, we see ordinary people obsessed with the private lives of the ruling elites - the aristocracy, plutocracy, oligarchy and vapid celebrities - imitating their affectations.

Didn't you fantasise about being prime minister, marrying a prince or living in a castle, when you were a child? You still have those dreams today, but you pretend that you don't. Your desire to be special - number one - has been corralled into some specialist area. Maybe you're the best fudge packer in the factory, or maybe you got a 2:1 degree from a former polytechnic, but your creativity and energy was channelled into something that makes you feel like a king or queen in your little fiefdom.

There's a certain joyful lightness when you read something that's well written and not just written to obfuscate any meaning and stupefy everybody except for your elitist Oxbridge chums.

Why must we struggle through the supposed great works of literature, which are a crime against the enjoyment of reading? Why must we be told at every juncture, that we just don't understand how complex the world is and that we should leave it to the experts, because they know best.

We funnel our children through a system where they learn to kiss the arses of their teachers, lecturers, professors, Ph.D. supervisors, viva voce examiners and those who award tenured professorships. For anything to be printed, it must pander and conform to the preconceived notions of an editor or publisher. Only the most obedient servants will rise to prominence, because they are most complicit and compliant with the will of the ruling elite.

Nothing ever changes - for the better - because of the inherent homogeny created by our education system, which feeds into a political system predisposed to select a public schoolboy - born with a silver spoon in his mouth - with an Oxbridge degree, instead of a normal person who actually knows what it's like to be an average UK citizen.

We aren't choosing our brightest minds to help with the challenge of building a better society for all its members. We're choosing the very worst kind of people: snobs who think that dead languages and chamber music are culturally important.

There's a big difference between being anti-intellectual and being pro-ignorance. Being a great thinker is about having a brilliant mind, not about being able to follow a well-trodden path with your fellow privileged brethren, steered by your sharp-elbowed mother.

We've built walled gardens where spoiled middle-class children can strut and swank, safe from criticism that they're far removed from the real world. We've built robust defences to insulate the intelligentsia from responding to valid critique: only the views of other academic elites will be dignified with a response, and out of courtesy and wilful ignorance, nobody dares to burst anybody else's bubble.

Commentary and satirical magazines - Private Eye and The Spectator, for example - as well as the 'free' press gives the impression that there are some checks and balances. In fact, to have the good fortune to come under the critical gaze of one of these newspapers, is to feel as though you have been given a seal of approval: further endorsement of the importance of your good work.

What - pray tell - does the person who makes your lunch think of your job? Who cares. I doubt they can even string a sentence together.

There's an automatic filter, that rejects anything that sounds a bit common, you know?

On the lead up to the EU referendum, I noticed that social media was awash with rather over-zealous use of punctuation marks, capital letters, as well as a great deal of confusion over common homophones.

"That's unreadable" I heard you say.

Really? Does the use of a greengrocer's apostrophe or mixing up your "you're" and your "their" with your "they're" and "there" really make something unreadable? Does it really alter the meaning if you write "less" when you should have written "fewer"? You must be very stupid if you can't read something and see past a couple of typos.

Writing accessibly doesn't mean dumbing down. It's perfectly possible to set aside your arrogance and write in a manner in which you know you are much more likely to be understood, without a scramble for the dictionary. Are you really so insecure that you need to turn your writing into a demonstration of your extensive vocabulary? Save it for The Times crossword.

The fetish for institutionally issued 'qualifications' has led us to the situation where the vast majority of people are turned off by politics, philosophy and literature. The condescending manner in which our intellectual elites talk, has led to their rejection by the masses. Our finest minds have unwittingly - and stupidly - played straight into the hands of the populists, who write and speak to impress their audience, not their fellow elitists.

Politicians canvas public opinion, so that they can win votes, but they turn to their advisors - Whitehall, think tanks and academia - when they come to rule. Political parties, media and the think tanks are all funded by commercial interests - influencing public opinion by sheer weight of noise. A rising crescendo of contradictory opinion on social media was drowned out by the views of a handful of academic elites, with their puppet strings pulled by those who control the purse.

It offended me the other day when the philosopher A C Grayling wrote that ordinary people are "narcissistic" when they publish their opinions. It was tantamount to writing "STFU, plebs".

We need to have another Gutenberg moment, where ordinary people can finally overcome the barriers that stop them from being heard. Blogging platforms like Wordpress go some of the way, but mainstream media, academia and politics are doing an excellent job of marginalising and discrediting the groundswell of public opinion on social media. The constant bombardment of "fake news" stories in the [non-fake] news seems like an attempt to get us to disregard the opinion of our peers, in favour of the approved opinions printed by newspaper tycoons.

We need to change our society - from boardrooms dominated by wealthy old men, government dominated by privileged elites and publishing dominated by academics - to a society that's representative. I'm not championing ignorance and lies. I'm not suggesting that brain surgery should be performed by amateurs. I'm saying that snobbery and elitism has reached the end of the road and everything that's good in the world will get torn apart by destructive forces, unless we listen to the proletariat: they outnumber the cruel and condescending ruling class.

"My ignorance is just as good as your knowledge" -- Isaac Asimov

This quote seems to neatly encapsulate the battle between the stupid & ignorant and a class of people who know better than everybody else. Certainly, the letters after your name tell you that you're a cut above the rest don't they? You studied hard at university, so you must be more knowledgeable than those dimwitted fools who didn't attain the same standard of education as you, right?

As I wrote before, being anti-intellectual is not the same as being pro-ignorance.

Is the desire to simplify problems and put things into terms and language that can be universally understood, the wrong approach? In my experience, jargon and impenetrable complexity exists only to justify pointless jobs and make talentless twits seem indispensable. If I was going to sack one person, would it be the front-line worker or the middle-manager? Is that a hard decision to make?

All this talk about facts and expert analysis: has it truly added any value?

The whole point about democracy is that the people govern themselves, through elected representatives. If our government and our media is not representative, because it's stuffed full of elitists, then we've completely failed to create a democratic society. It's not like a bunch of knuckle-dragging ignoramuses are saying they can do a better job of flying the plane than the pilot. It's literally that democracy has been perverted by the plutocracy.

Have a look at this list of autodidacts and ask yourself if they're ignorant fools who've contributed nothing to humanity.

Formal education, an obsession with conformity and the rejection of ordinary people's opinions, on the basis that they are stupid and ignorant, has led us to obscene wealth disparity and untold human misery. The reason why you don't believe it's true is because you're surrounded by people of the same socioeconomic class and you disregard the 'unreadable' comments of the great unwashed masses. The peasants are revolting.

Unless we give ordinary people a voice, they will never be able to develop their own philosophy for the 21st century, explore political ideas and challenge the plutocratic interests that seek to enslave them.

Until we end intellectual snobbery, we are on a collision-course with a popular uprising that will throw the baby out with the bathwater.